Blog | Victorspredict.com
EPL Werner insists Chelsea are the best option for him having spoken to...

Timo Werner revealed he spoke to other clubs before choosing to join Chelsea, who he believes are the “best” club for him. 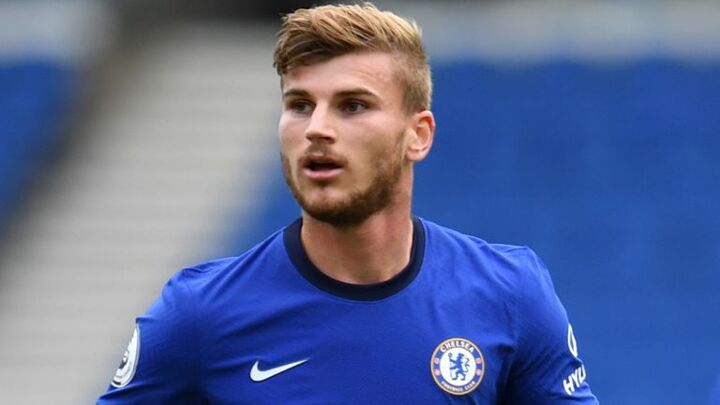 Werner was heavily linked with a move to Liverpool this summer, where he could have linked up with compatriot Jurgen Klopp, but the Germany international instead moved to Chelsea as a part of a major rebuild at Stamford Bridge.

Liverpool had shown strong early interest in Werner but where the Reds baulked at the fee due to the coronavirus impact, Chelsea remained undeterred and now Werner, speaking ahead of a potential home debut against Liverpool on Sunday, live on Sky Sports, explained how Chelsea quickly became his top choice.

“Yes, I think when I decided to leave Leipzig, I talked to different clubs and next to Chelsea, I spoke to other clubs,” Werner said at his press conference. “For me, I don’t want to talk too much about other clubs.

“Of course, there are some other clubs like Liverpool who have a great team. Maybe I could fit in other teams but, in the end, I decided Chelsea because it was the best decision I could take. Not only the style of football but because of what they showed me.

“Yes, it was a hard decision in the end but I am very excited, proud and happy that I decided this. Now I am here for maybe two months, and it feels right, good and the team is brilliant. We have some very good but calm and nice players.

“It is fun to play at Chelsea, be part of the team and be part of what we start here. We can do very well with this team in the next few months and years.”

Werner revealed Lampard sent him video clips of his attacking blueprint for Chelsea, in pursuit of the highly-regarded 24-year-old’s signature.

“It was a strange time, we couldn’t meet each other and we met each other here for the first time because of the virus,” said Werner.

“But he called me a lot, we had a lot of conversations, he texted me a lot and he sent me some videos where he could show me what style of football he wants to play.

“So for me, those were important things to know about moving to a new club. Because I loved to play for Leipzig and everything was well for me there.

“So it was really important for me to come to a team with a vision that fits my style of football. And I think the whole Premier League fits very well to my style of football, because it’s so fast, and fast players have really good space. Space to go there and play well.”

Werner has set his sights very high indeed with a much-changed Chelsea.

“To achieve at Chelsea, I come here to win titles,” he said. “Of course, Chelsea is a big club that wants to win. I am a player who wants to win every game. It is clear we want to win titles.

“In the last year, we didn’t win so much but I think we have a strong and young team that can develop where we can have a long period together. We are young and want to win; it is a good way to reach what I want to. I came here to win, and win titles, and as many titles as possible.