Blog | Victorspredict.com
EPL The key battles in Tottenham’s top of the table clash with Chelsea

Tim Sherwood may have been somewhat over the top when he said Jose Mourinho had ‘brainwashed’ his Tottenham players into thinking they could win the Premier League title.

But after such a solid start to the season, which included a sublime defensive display against Manchester City last week, there is reason to believe Tottenham could well challenge.

Chelsea, too, must think they have a chance sitting two places behind Tottenham and Frank Lampard will no doubt relish making it three wins on the spin over Mourinho when the two sides meet at Stamford Bridge on Sunday.

It promises to be a fascinating battle between two sides who both have been tight at the back while highly efficient in attack.

Here, Sportsmail assesses some of the key battles and where the clash between first and third will be won and lost.

Another Jose Mourinho defensive masterclass… can Spurs stop Hakim Ziyech as they did Kevin De Bruyne?

Last Saturday’s meeting with Manchester City in north London was supposed to spell the end of Tottenham’s good fortune. It was suggested that City’s attacking quality would be enough to break a Spurs side that had only conceded nine goals after eight games.

Instead, Pep Guardiola’s side were made to look distinctly average as Spurs set up to contain and then counter.

Son Heung-min struck early before Giovani Lo Celso added a second. It was a performance built on a strong defensive foundation.

City, often so dangerous when playing through Kevin De Bruyne, were stifled much because their chief creative spark was starved of options.

City dominated possession 66.1 per cent to 33.9 but that was mainly because Tottenham allowed them to have the ball while they retreated into a defensive shape.

There were times when Son dropped so deep Serge Aurier was almost forced to overlap him while Harry Kane often strayed from his usual position in attack to the left side of midfield where he acted as another body in Tottenham’s quest to stop De Bruyne.

That they successfully handled such a threat should give Mourinho confidence of a similarly difficult challenge: preventing Hakim Ziyech from causing the sort of havoc he did when Sheffield United visited Stamford Bridge earlier in the month.

Ziyech has three assists from five games and is emerging as Chelsea’s key creator. While he does occupy a wider position on the pitch than De Bruyne, Mourinho’s plan will be to stop the former Ajax midfielder from playing defence-splitting passes to Timo Werner, Christian Pulisic and Tammy Abraham.

The return of Pulisic and what it means for Chelsea’s cramped attack?

He is the player Chelsea fans have been waiting to come back and it looks as though Sunday’s derby will be when they get to see Christian Pulisic somehow fit into an already packed attack.

Lampard said after Chelsea’s 2-1 win in midweek over Rennes that Pulisic would be fit in time for the game that raises questions as to where he fits in.

Lampard’s suggestion that he has ‘competition’ in attack is an understatement. Recently he has gone with Timo Werner on the left, Tammy Abraham through the middle and Hakim Ziyech on the right.

It is a combination that offers plenty of variety with Abraham proving his worth centrally with Werner and Ziyech also in outstanding form.

While some may expect Pulisic to replace Abraham which would shift Werner to a more central position, it wouldn’t be a surprise if Lampard was to start the American on the bench.

In his last four games for Chelsea, Abraham has netted three times. In the 2-0 win over Newcastle he showed how much of an understanding he has developed with Werner in such a short space of time.

Abraham kept up with Werner as the German tore through the Newcastle half and got into position to supply a cool finish when the ball eventually reached him.

And if it isn’t those two combining then Ziyech is never far from unlocking opposition defences, something he did for fun against Sheffield United before the international break.

What we can be sure about, though, is that with Pulisic back and Callum Hudson-Odoi along with Kai Havertz and Olivier Giroud to choose from, Lampard isn’t short of attacking options.

Getting his attacking selection right against Tottenham could be the difference between victory or defeat.

Which Chelsea full-back will have the job of stopping Son?

Much of Lampard’s preparation for this game will have centred on how to stop Son Heung-min and Harry Kane combining as they have done nine times this season. Indeed, both have combined a staggering 29 times in total for Tottenham in the Premier League since they started playing together in 2015.

Both have undoubtedly been spurred on by Mourinho’s arrival with the Portuguese manager taking Kane to one side early in his reign to tell the striker just how good he could make him.

And while Kane has continued to excel, Son has added another layer to his game that has helped Tottenham reach the heights they have this season.

His tally of nine goals is one behind Everton striker and the Premier League’s top scorer Dominic Calvert-Lewin.

Not only will Lampard need to drill his defence to combat the attacking prowess of both players, he will also need to make his best guess as to which side of the pitch Son will play.

Against Manchester City he was deployed on the right but in the game before against West Brom he was on the left.

While Gareth Bale tends to play on the right which naturally pushes Son to the left, Mourinho can change things up should he want to.

Mourinho will also have noted – as some did after the 2-1 win over Rennes – that Ben Chilwell didn’t appear as fresh as he has previously.

Chilwell also played the full game against Rennes suggesting that Lampard isn’t too concerned over the left back’s fitness and will most likely start him on Sunday.

And although Lampard played Cesar Azpilicueta in the Champions League, Reece James has the pace to keep up with Son at full flight. Indeed, should Lampard go with a three in central defence there may well be space for both Azpilicueta and James.

Against a dynamic attack such as Chelsea’s you need intelligence, experience, pace and strength. So losing perhaps your most experienced central defender isn’t such a good start.

Toby Alderweireld went down in the last 10 minutes of Tottenham’s win over City on Saturday with a groin injury, which Mourinho described as ‘bad’.

On Wednesday, Mourinho confirmed that the Belgium central defender would be out for two to four weeks, ruling him out of Sunday’s match. Joe Rodon replaced Alderweireld against City and is in contention to start his first Premier League match against Chelsea.

Japhet Tanganga is also a possibility and has experience of being thrust into the limelight at short notice – he impressed when called upon for last season’s home game against Liverpool.

It is a tough call to make particularly when you consider just how solid Dier and Alderweireld have been when playing together – the two centre backs have been at the heart of the defence which has conceded the fewest goals – nine – in the league this season.

Mourinho may well turn to Davinson Sanchez, who started alongside Tanganga on Thursday night at home to Ludogorets. Sanchez is the most experienced of the trio and has a major point to prove to Mourinho who put Rodon on the bench against City in place of him.

How can Tottenham break down Chelsea’s solid defence which is backed up by Mendy?

If getting their defence right wasn’t enough without Alderweireld, Tottenham must also find a way of breaking down a defensive line that has only shipped two more than them in the league.

While Thiago Silva may have raised some eyebrows with his mistake earlier in the season at West Brom, he has settled in and also provides ammunition from set pieces.

And even when he hasn’t played – such as last weekend against Newcastle – Antonio Rudiger has slotted in smoothly alongside Kurt Zouma. 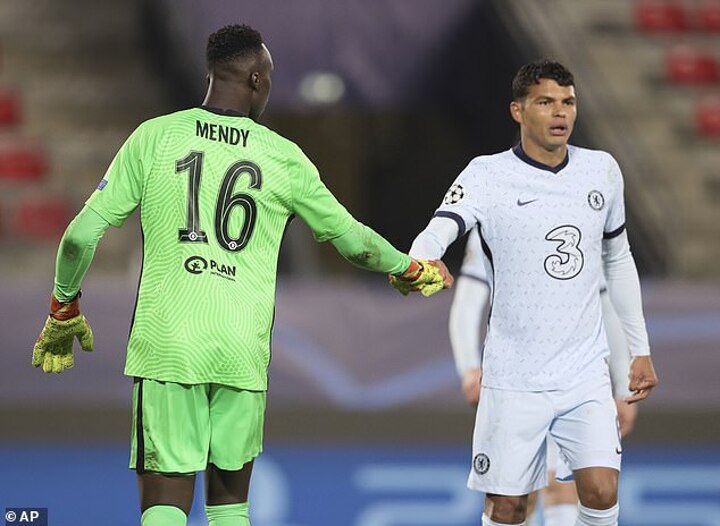 Then you add goalkeeper Edouard Mendy to the equation and you can see why Lampard has been purring when speaking about his defence this season.

Of Mendy, who has kept four clean sheets in five games, Lampard said: ‘I’ve been really pleased. It’s not easy and he’s made it look easy, which is the difficult thing.

‘When you come from another league there are of course differences in the Premier League – the physical nature, the speed of the league – and I think it is unique in those terms.’

And his arrival at Chelsea has largely been made easy for him given he’s only had to make seven saves in the league this season due to a tight defence in front of him.

Lampard also has the option of going to three at the back as he did against Tottenham twice last season. On both occasions he outthought Mourinho to win 2-0 away and 2-1 at home.

Mourinho may well have demonstrated a defensive masterclass against Manchester City, but at Chelsea he will need to devise a plan that allows Son and Kane to play with freedom while somehow finding a way past a defence that has been so difficult to penetrate so far this term. 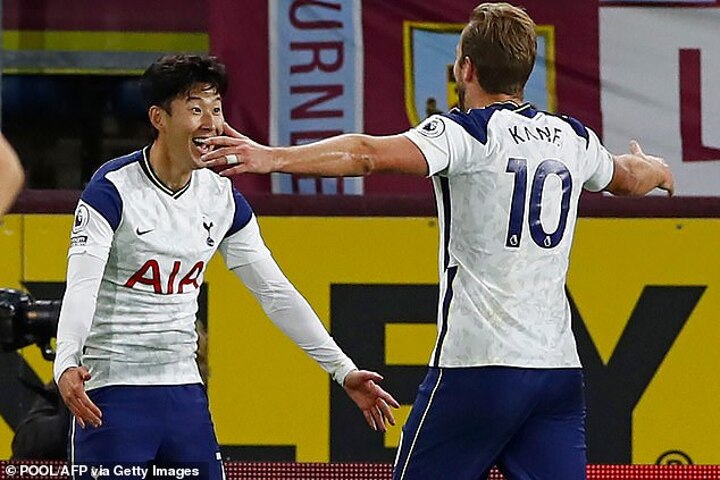 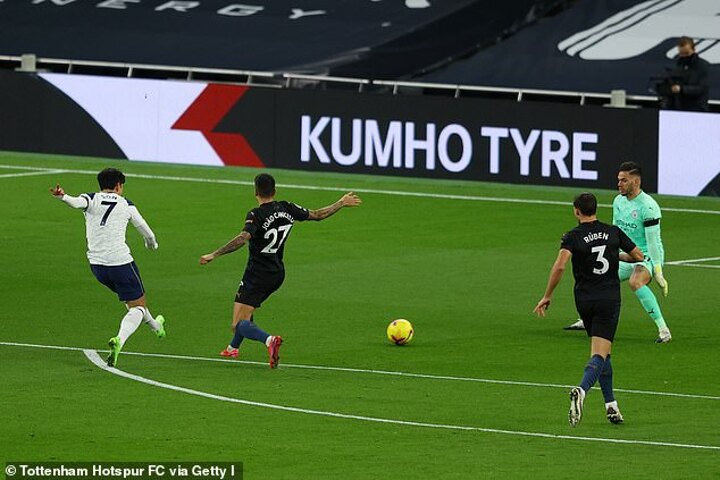 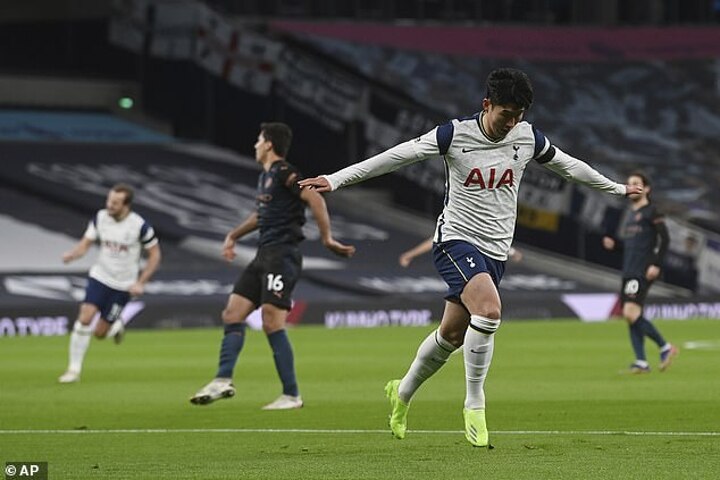 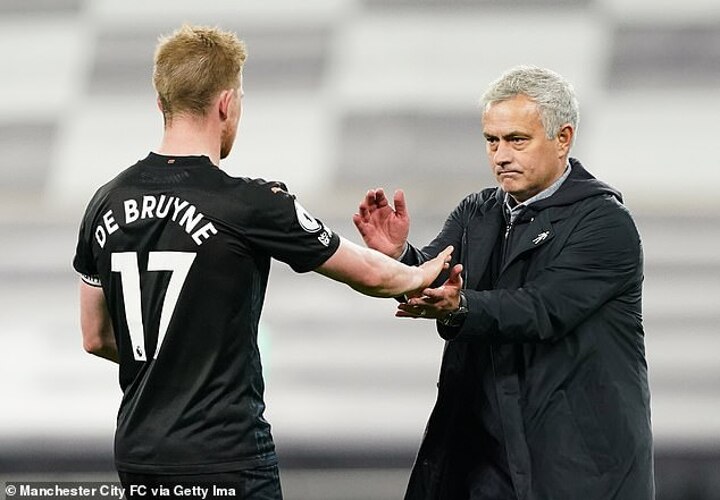 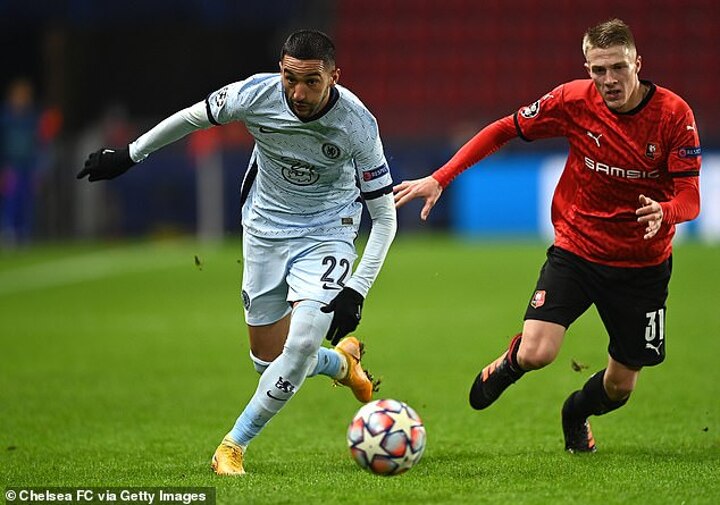