It looked as though a heavy weight was lifted from his shoulders against Sheffield United and his brilliant hat-trick underlined his return to form.

His club now have a serious decision to make ahead of this summer. As reported by Sportsmail recently, Tottenham were able to secure first option to extend Bale’s loan deal from Real Madrid into a second season.

The terms would require the forward’s agreement, of course, but there is an increasing feeling the move may make sense. The cold, hard statistics back this up.

It can be revealed that Bale boasts the best goals per minute ratio in the Premier League. His lack of action under former boss Mourinho, and the clear tensions between them, makes this a very pleasant surprise.

The now swaggering Bale averages a goal every 80.78 minutes in the top-flight. This number is comfortably ahead of the next best, Leicester’s Kelechi Iheanacho, who finds the net every 115.6 minutes.

In fact, it blows the rest of the top 10 out of the water. There can be no denying that Bale stands head and shoulders above his peers as the man who nets with the most ruthless efficiency.

He is streets apart from the likes of Jesse Lingard, Diogo Jota, team-mate Harry Kane and Mohamed Salah, who also feature on the list, and is notably the only player in the whole of the league to average a goal inside 90 minutes.

It is therefore worth asking the big question – have Tottenham wasted Bale’s talents throughout this campaign? The signs would suggest so.

Bale arrived at the club who helped him blossom into a superstar on the global stage to much fanfare. Despite being at the height of the coronavirus pandemic, people gathered outside the training ground to watch him pull in.

Who can blame them? After all, it was as though their prodigal son had returned.

‘Hopefully, now I can get some match fitness, get under way and really help the team and, hopefully, win trophies,’ Bale said after his signing was made official.

It hasn’t quite worked out like that, though. The early weeks of his second spell at the club were dogged by his recovery from an injury picked up on international duty.

As a result, he was forced to wait until the first group match of the ill-fated Europa League campaign to make his first appearance.

The early indications were promising. Harry Kane and Son-Heung min combined to lethal effect and Bale also caught the eye.

But it didn’t take long for the mood to turn sour. At one point, Tottenham were flying high at the top of the table, but a spectacular collapse saw Mourinho react in the only way he knows how: by lashing out.

Bale was quickly thrust into the firing line. Disagreements began to openly break out between them in the press and on social media. Any ill feeling that lurked behind the scenes was thrust out into full view of the public.

In January, Mourinho warned Bale that he couldn’t ‘give him minutes’ with the forward largely forced to watch on from the sidelines for at least a couple of months.

The dilemma for Bale worsened when he found himself fielded in the top-flight for the equivalent of 45 minutes over almost eight weeks. It didn’t take long for the two men to contradict each other once again.

An Instagram upload from Bale placed Mourinho between a rock and a hard place, much to the experienced coach’s irritation. His caption, which accompanied a picture of him training, was straight to the point and suggested he was fit to play.

The reality was different, however. Mourinho took the optimistic statement to be Bale confirming he was in good shape to face Everton in the FA Cup in February, when in fact the winger was not.

‘I have to admit that his post created something that needed to be addressed because there was a contradiction between the post and the reality,’ Mourinho said in his pre-match press conference.

Bale missed out and Tottenham exited the competition after a pulsating 5-4 defeat.

As time went on, Bale found himself selected more often, but the damage was already done.

Rookie Ryan Mason was handed the job until the end of the season and Bale immediately began to look much more comfortable with his surroundings.

The man himself has been quick to point towards the more expansive and ambitious style of play.

He told Sky Sports: ‘(It’s) the fact that we’re more on the front foot, we’re closer to the goal and you’re able to score more.

‘We’ve been working on that now for the last few weeks.

‘It’s obviously not going to happen overnight but I feel like we’re taking a step in the right direction.

That last comment was almost certainly a very sly dig at Mourinho. After all, it was the stunted and defensive horror show performances that led to his downfall and a late scramble to save their season.

Bale was correct. Tottenham have notably shifted higher up the field and are undoubtedly easier on the eye. Mason is a temporary solution, admittedly, but he is drawing some of the best showings we have seen from Bale this term.

In the two games overseen by the new man, Bale has scored a total of four goals. His tally for the campaign now stands at nine in the top-flight.

But it could have been so much more. It feels likely that the experienced Welshman will look back on this spell and wonder what may have been.

With an attack-minded coach not afraid to throw caution to the wind, Bale would certainly have delivered the goods more often.

However, it would be wrong to label the loan as an outright failure.

There have been plenty of twists and turns along the way, but Bale has shown glimpses, albeit fleeting ones, of the mercurial talent that still courses thickly through his veins.

His newfound confidence and form means it is no surprise that Tottenham are actively exploring the idea of keeping him for another year.

Sportsmail understands that chairman Daniel Levy will give the club’s next manager the option to re-sign Bale for the 2021-22 season.

As it stands, he is set to return to parent club Madrid next month when his loan deal runs down.

It is believed that there is a growing feeling that another spell would benefit Tottenham with next season threatening to be another transitional one.

And despite the £240,000-a-week package that Bale is earning, renewing the agreement would make sense.

Of course, it will depend heavily on the man who permanently replaces Mourinho in the dugout.

A renewal is also only possible should Bale agree to it, and the promise of him being placed at the heart of a free-flowing strike force would appeal.

There is no guarantee that Bale will be able to rebuild his bridges with Madrid, so staying at Tottenham truly does look like his best option.

He will know full well that there are plenty more headlines to be made and many memorable goals to be scored. It must be a no-brainer 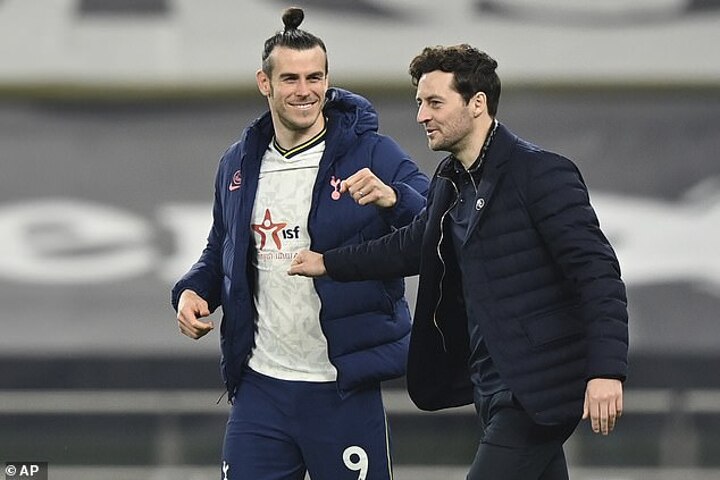 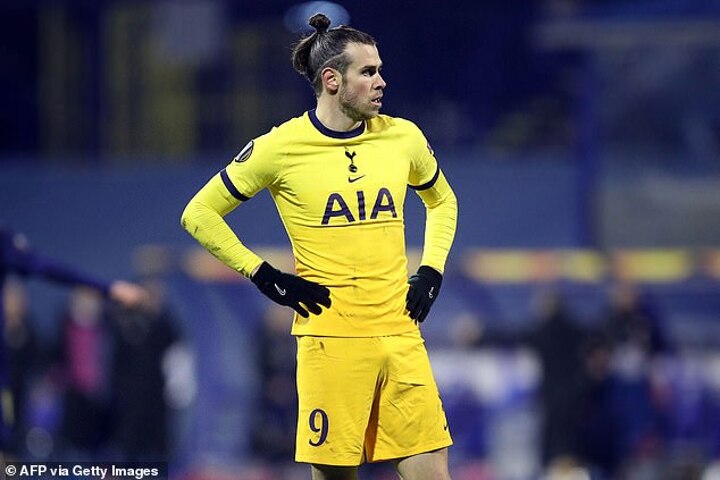 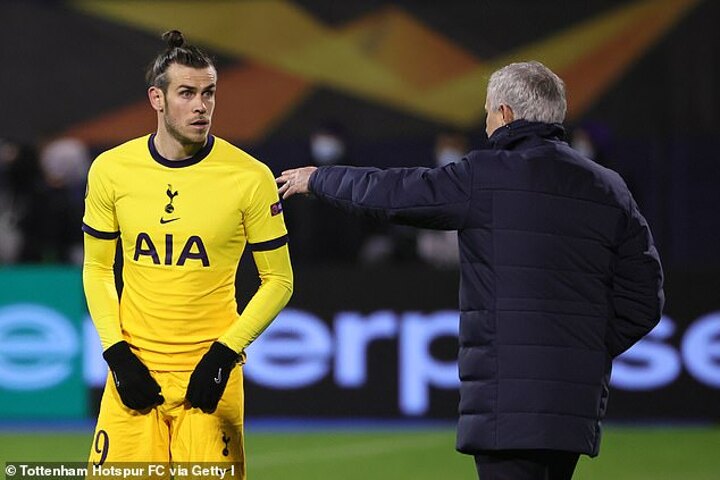 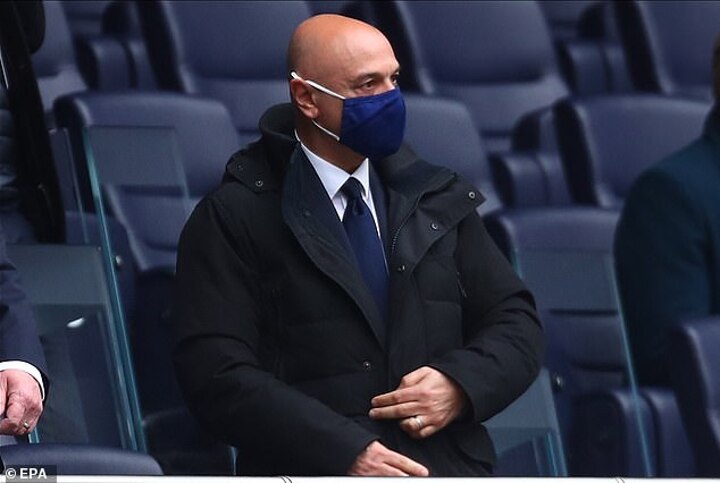 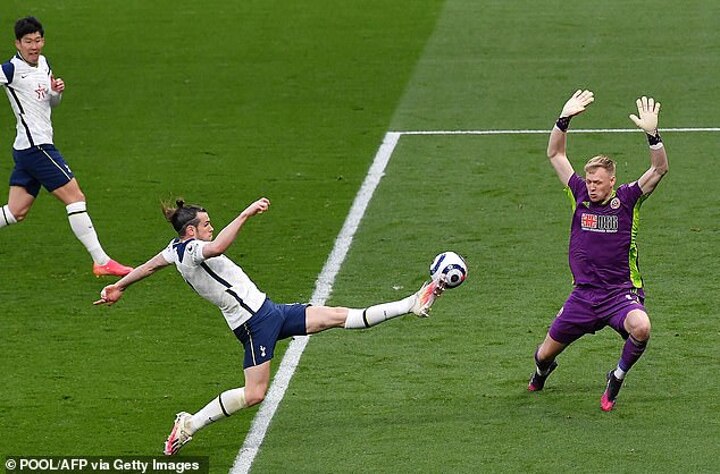