Manchester City and Chelsea will go head-to-head in a mouthwatering all-English Champions League final at the end of the month.

The contest was initially scheduled to take place at the Ataturk Stadium in Istanbul, but UEFA have now confirmed it will be held in Porto’s Estadio do Dragao, with 6,000 tickets available for each set of fans.

Manchester City booked a place in the final for the first time in their history with an emphatic victory over Mauricio Pochettino’s Paris Saint-Germain.

They have already claimed Premier League and Carabao Cup titles this season, with an historic treble very much on the cards.

Meanwhile, Chelsea are still in pole position to land a top-four spot, with an FA Cup final also to play against Leicester on Saturday.

With the final now quickly approaching, Sportsmail takes you through the all-important information.

When is the Champions League final?

The eagerly-anticipated match will start at 8pm BST, as was the case with all four of the semi-finals.

Where is the final being played?

The Champions League final, as stated, was initially scheduled to take place at Attaturk Olympic Stadium in Istanbul, Turkey.

However, with the final contested by two English clubs and Turkey being on the UK government’s red list for travel, meaning English fans would be banned from attending, it has been moved to Portugal.

There had been significant discussions to hold the final to Wembley, but talks collapsed with the UK government unwilling to allow quarantine exemptions for the 2000-plus VIPs, staff and media that would have been in attendance.

Instead, the final will be played at Porto’s Estadio do Dragao, which has a capacity of 50,000. 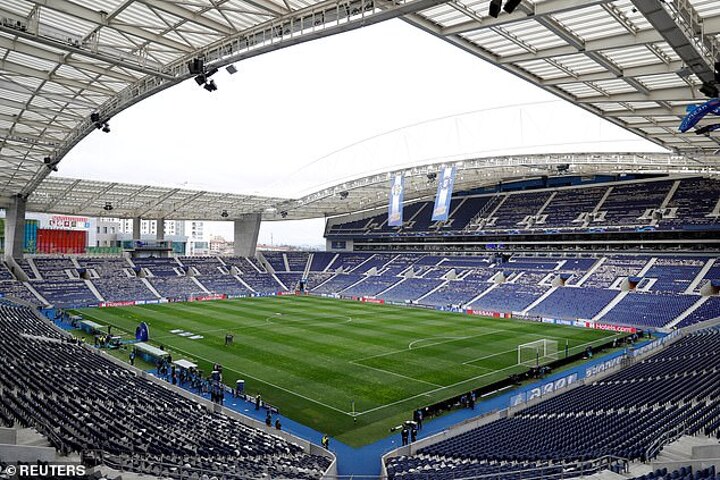 How many supporters can attend?

Now, this is the big question, and it is the primary factor in the decision to move the final from Turkey to Portugal.

There will be 12,000 English fans in attendance, with 6,000 tickets available for both sets of supporters.

The total capacity for the final is yet to be confirmed, however. UEFA are likely to place some additional tickets on general sale, while there will also be seats handed to sponsors and guests.

On the change of venue, UEFA President Aleksander Čeferin said: ‘Fans have had to suffer more than twelve months without the ability to see their teams live and reaching a Champions League final is the pinnacle of club football.

‘To deprive those supporters of the chance to see the match in person was not an option and I am delighted that this compromise has been found.

He added: ‘Once again we have turned to our friends in Portugal to help both UEFA and the Champions League and I am, as always, very grateful to the FPF and the Portuguese Government for agreeing to stage the match at such short notice.’

Will travelling fans have to quarantine?

Fans traveling from the United Kingdom will not have to quarantine on either entry to Portugal or return home, due to the fact Portugal is on the UK government’s green list.

However, any traveling supporter will have to take coronavirus tests both before traveling to Portugal and after returning to Britain.

How can you buy tickets?

Both Chelsea and Manchester City have confirmed the change of locations on their respective websites, and they have also provided some information on the ticket process.

Chelsea revealed that ‘ticketing and travel arrangements will be confirmed in due course’.

City said that discussions with UEFA and any ‘relevant stakeholders’ will take place immediately, also revealing that they will offer any qualifying supporters an official day trip travel package from Manchester to Porto.

Of course, fans will also have to purchase flights to get to the venue, and the prices are rising quickly.

On Tuesday morning, a return direct flight from Stansted to Porto was available for £200. With speculation rising, that increased to £623 by Wednesday afternoon, with limited availability by Thursday morning – with some early morning departures reaching £600.

There are still cheaper alternatives for those using indirect routes, while flights from Manchester have also risen sharply week on week.

How to watch the final

As has been the case throughout the tournament in its entirety, the match will be broadcast live on BT Sport.

Subscribers will be able to watch the game on both the BT website and app. In previous campaigns, BT have also streamed the final on their YouTube channel, though this is yet to be confirmed this year.

Sportsmail will also be running a live blog, so you can keep up-to-date with us.

Who is the favourite to win?

After Manchester City dominated to a 4-1 aggregate win over Paris Saint-Germain, it comes as no surprise that they are the overwhelming favourites to claim a first-ever Champions League trophy.

Guardiola’s side are favoured at 8/15 to lift the prestigious cup, while Chelsea are the underdogs at 9/5.

Delving slightly deeper, Chelsea to win on penalties in 9/1, with City at 17/2, while either team to win in extra time is at 5/1.

*Odds as per Betfair and correct at the time of publication. 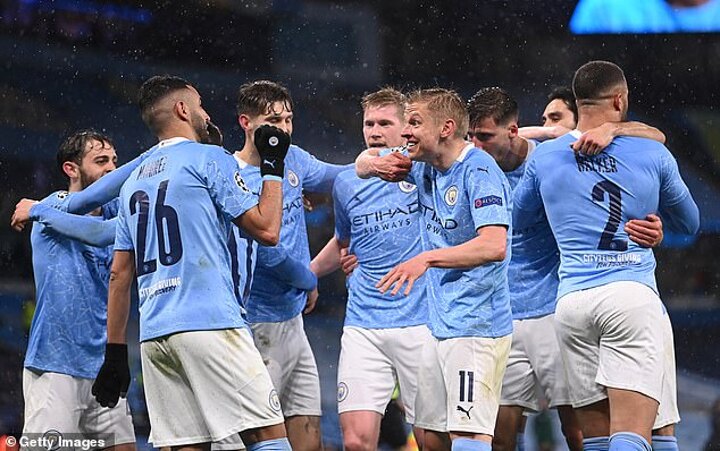